There was a high response rate with adjunctive aripiprazole in escitalopram nonresponders, according to study results published in the Journal of Clinical Psychiatry.

Investigators abstracted data from the first study of the Canadian Biomarker Integration Network in Depression Program, which sought to identify markers of antidepressant treatment response in patients with major depressive disorder. Individuals with major depressive disorder as assessed by the Montgomery-Asberg Depression Rating Scale (MADRS) were recruited from 6 outpatient centers across Canada between August 2013 and December 2016. During phase 1 of Canadian Biomarker Integration Network in Depression Program, participants were treated with open-label escitalopram (10-20 mg/day) for 8 weeks. At the conclusion of phase 1, participants were classified as responders (≥50% decrease in baseline MADRS score) or nonresponders (<50% decrease in baseline MADRS score). During phase 2, responders continued to receive escitalopram monotherapy at the same dosage, and nonresponders received adjunctive aripiprazole (2-10 mg/day, flexible dosage) for an additional 8-week period. Clinical and functional outcomes were evaluated throughout the study period with the MADRS, Quick Inventory of Depressive Symptomatology-Self-Rated, Sheehan Disability Scale (SDS), and Lam Employment Absence and Productivity Scale. Participants were evaluated at 8 and 16 weeks for clinical and functional response and remission. Functional response and remission were described by SDS scores ≤12 and ≤6, respectively, and symptomatic remission was identified by a MADRS score ≤10.

The final study cohort comprised 211 individuals of mean (standard deviation) age 35.3 (12.6) years, among whom 63% were women. After phase 1, MADRS response and remission were observed in 47% and 31% of participants, respectively. Response to escitalopram was maintained in 91% of initial responders at week 16, whereas 61% of the adjunctive aripiprazole group achieved MADRS response during phase 2. As measured by SDS criteria, 35% and 19% of patients achieved response and remission, respectively, during phase 1. “Combined” remission, or remission as assessed by both the MADRS and SDS, was achieved by 18% of patients in phase 1. In phase 2, 52% of the escitalopram continuation group and 19% of the adjunctive aripiprazole group achieved combined remission. A significant positive correlation was observed between MADRS and SDS total scores over time (P <.001).

Response and remission rates as calculated with the Quick Inventory of Depressive Symptomatology were lower than those calculated with the MADRS. The Lam Employment Absence and Productivity Scale demonstrated occupational improvement among participants during the study period (P <.05). In assessing the predictive value of different threshold criteria, a ≥20% improvement in MADRS score from baseline to 2 weeks had the best balance between sensitivity (70.6) and specificity (58.9) for predicting later escitalopram response.

These data support the efficacy of adjunctive aripiprazole for patients who do not respond to escitalopram monotherapy. Additionally, early response to escitalopram was found to predict long-term outcomes with modest accuracy. Further data are necessary to identify which clinical and biologic markers may predict improvements in major depressive disorder.

Please refer to reference for a complete list of authors’ disclosures. 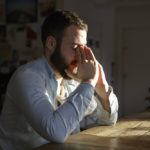