Depression raises the risk of death among people with heart failure, according to recent research.

The study included 154 patients hospitalized with heart failure. Symptoms of depression were measured using the Hospital Anxiety and Depression Scale, showing that 103 patients were not depressed, 27 had mild depression, and 24 had moderate to severe depression. During the followup of 302 days on average, there were 27 deaths.

Analysis showed that those with moderate to severe depression had a five times higher risk of death than those with no or mild depression. The association remained once sex, age, high blood pressure, severity of heart failure, and comorbidities were taken into account. Individuals with a low depression score had an 80 percent lower risk of death. 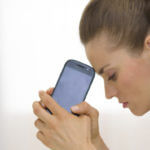 Heavy Smartphone Use While Depressed Can Make Things Worse