Young people with major depression have an increased risk of conversion to bipolar disorder if they have comorbid attention deficit/hyperactivity disorder (ADHD), suggest findings from a longitudinal follow-up study. The patients with comorbid ADHD were, on average, 6 years younger at the time major depression was diagnosed than their major depression-only counterparts. 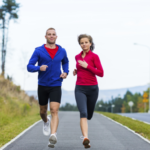