The findings of a study in the Journal of Affective Disorders suggest that adolescent bipolar disorder diagnoses tend to remain stable, with only 4.2% of one sample having a diagnosis revoked at follow-up.

Evidence for pediatric bipolar disorder has emerged over the past 2 decades, however, less is understood about its prevalence, symptomatology prior to diagnosis, and diagnostic stability. The authors of this study were interested in whether the criteria used to diagnose adults with bipolar disorder would be adequate for adolescents.

The study followed 72 patients at the University of Navarra Clinic between 2000 and 2014. Participants met the Diagnostic and Statistical Manual of Mental Disorders, 4th Edition, criteria for bipolar disorder and were <18 years of age at baseline (mean age 12.6 years at diagnosis). Follow-up occurred after an average 3.86 years.

Illness severity in the population was high, with frequent comorbidity, including attention-deficit/hyperactivity disorder, conduct disorders, and substance abuse. More than half of the sample had at least 1 hospitalization and 2 suicides occurred during the study.

One issue the authors noted was the delay between symptom onset and diagnosis, which was an average 2.3 years. This may have been because of the difficulty of recognizing symptoms in children, some of which are components of childhood development, such as irritability. It may have also been caused, in part, by the clinic’s waiting list.

Limitations of the study included its modest sample size and the collection of some data retrospectively. Additionally, family history could not be analyzed, as a relatively large proportion of participants were adopted. 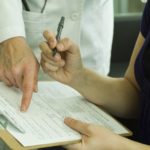