A study found that awareness and research in circadian dysfunction in bipolar disorder (BD) is needed, as exposure to solar insolation may affect polarity. These findings were published in the Journal of Psychosomatic Research.

This study was limited by not completing a seasonal analysis.

The study authors concluded, “In patients with BD I, increasing change in solar insolation during the year, between winter and summer or tropical wet and dry seasons, was associated with a first episode with a polarity of depression. Physicians who practice in locations with a large change in solar insolation across the year should monitor even more carefully for BD. Increased awareness and research into the role of circadian dysfunction throughout the course of BD is needed.” 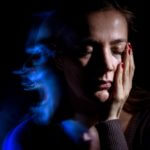