The results of a study published in Bipolar Disorders indicated that patients with recent-onset type I bipolar disorder and limited exposure to medication exhibited higher fasting triglyceride levels and a lower omega-3 index.

Patients with type I bipolar disorder experience an earlier average age of onset of hypertension and cardiovascular disease of >10 years. Previous research has explored the positive relationship between antipsychotic medication and metabolic syndrome, but limited evidence is available about cardiometabolic risk prior to medication exposure.

The authors recruited 117 patients between the ages of 12 and 35 from inpatient settings who were experiencing a first mixed or manic episode or an early-course depressive episode. Patients were not receiving medication at index and were evaluated on the Clinical Global Impression-Severity scale, the Young Mania Rating Scale, and the Hamilton Depression Rating Scale. Individuals in the control group (n=56) had no history of an axis I disorder according to the Diagnostic and Statistical Manual of Mental Disorders, 4th Edition.

Patients who were pregnant, had an IQ of <85, or had a substance use disorder within 3 months prior to baseline were excluded.

For each patient, the authors also examined the omega-3 index, which classifies total fatty acid composition of ≤4% as high risk for sudden cardiac death. The mean index was significantly lower in the group with bipolar disorder (3.4%); however, the general population group was just as likely to be characterized as high risk (3.9%).

The authors noted that the rate of metabolic syndrome was higher in the group with bipolar disorder at 19%, compared with 6% in the general population, although this was not statistically significant. Additionally, they found no association between illness severity and cardiometabolic risk.

The study was limited by the uneven availability of previous cardiometabolic data and information about prior exposure to psychotropic medication. Thus, the influence of drugs on cardiometabolic risk may have been underestimated. The authors suggested that future research should examine fish oil, which may reduce triglyceride levels, as a potential mitigator for the effects of psychotropic medications.

Disclosures: Dr Strakowski has served as a consultant for Procter & Gamble and WebMD and is Data and Safety Monitoring Board chair for studies conducted by Sunovion. Dr Adler received grant funding from Merck, Forest Laboratories, and Allergen and received honoraria for speaking from Merck and Sunovion. Dr Durling has received research support from Eli Lilly, Otsuka, GlaxoSmithKline, Merck, Novartis, Lundbeck, Shire, Purdue, Amylin, Sunovion, and Pfizer and served as a consultant for Pfizer, Dey, Lundbeck, Sunovion, Otsuka, and Supernus. Dr McNamara has received research support from Martek Biosciences Inc, Inflammation Research Foundation, Ortho-McNeil Janssen, AstraZeneca, Eli Lilly, NARSAD, and the National Institutes of Health and served on the scientific advisory board of the Inflammation Research Foundation. The remaining authors have no disclosures. 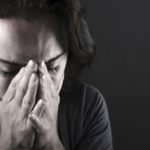