Mania and anxiety on their own do not increase suicide risk in individuals with bipolar disorder, a new study found. While earlier research looked at symptoms collectively, the current study, published in Psychiatry Research, looked at anxiety and mania separately from moderate depression.

The researchers used real-world clinical data from the National Network of Depression Centers (NNDC) and the Mood Outcomes Program (MOP). The sample includes patients with a diagnosis of bipolar disorder I, bipolar disorder II, or bipolar disorder not otherwise specified (NOS). They included patients that met the criteria for at least moderate depression. After applying inclusion and exclusion criteria, the study included 626 individuals and 1028 doctor visits.

Using a “causal pie” model, the researchers found no increased risk of suicidal thoughts or behavior attributable to manic and anxiety symptom clusters in individuals with bipolar disorder who were in a moderate-depressive state. Individuals with severe depressive symptoms showed a four percent risk.

The inability to study composite outcome of suicidal ideation or behavior as its distinct components is one of the study’s limitations, as suicidal ideation is an imperfect surrogate for attempted suicide or suicide death. Small sample size may have also influenced the result.

“The inability of this study to detect a contribution of any clusters of mania/hypomania and anxiety symptoms to risk of suicidal ideation or behavior, as well as the large proportion of unmeasured risk of suicidal ideation and behavior, illustrates a need for future studies to consider the influence of other factors relevant to risk that were not captured by this current analysis,” the researchers note.

“Nonetheless, the current analysis provides yet another layer of evidence of the limited impact on risk of suicidal ideation or behavior for manic symptoms in those already depressed and extends this finding to anxiety symptoms. This analysis also illustrates the role of the many risk factors that were not included in this analysis of such a complex and multidetermined outcome that is suicide.” 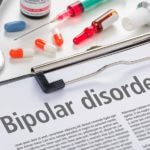