The findings of a systematic review in Bipolar Disorders investigated lithium as a treatment for acute mania in children and found that a dearth of research has led to limited availability of evidence.

Bipolar disorder often becomes apparent in a person’s late teen or early adult years, but it can also emerge earlier, in childhood. Various therapies are available for adult patients, but researchers must ascertain whether these treatments are safe and efficacious for children with bipolar disorder.

The authors performed a literature search of various databases up to August 2017 for randomized clinical trials of lithium treatment for children and adolescents <18 years of age experiencing a manic or mixed episode. Mania had to be confirmed through face-to-face interview. Four relevant studies comprised 176 patients who took lithium as a monotherapy or as an adjunct to risperidone.

The sample was largely prepubescent and chronically ill, with an average onset age of 5 years and high rates of psychiatric comorbidity. Across all studies, at least 64% of children had a diagnosis of attention-deficit/hyperactivity disorder; one study reported 90%. The authors noted that some findings have suggested attention-deficit/hyperactivity disorder may predict nonresponse to lithium.

Analyses revealed that lithium, although tolerable and effective, was inferior to risperidone for the acute treatment of pediatric bipolar disorder. Lithium appeared to be comparable to sodium divalproex and was not associated with any serious adverse events. The most common side effects included nausea, vomiting, frequent urination, and thirst.

The authors described “the lack of available evidence about the efficacy and tolerability of lithium” in childhood bipolar disorder as the primary finding of their work. The few available trials, with moderate sample sizes and heterogeneous outcome measures, limited their ability to perform robust quantitative analyses.

Lithium appears to be a suitable treatment for pediatric bipolar disorder; however, dedicated research, so far, has been scarce. 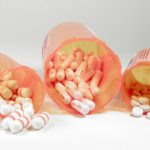