Transcranial direct current stimulation is safe, effective, and tolerable as an add-on treatment for patients already receiving pharmacologic therapy for bipolar depression (BD), according to researchers in Brazil. Study results were published in JAMA Psychiatry.

Participants (n=59; 68% female, mean age: 45.9 years) were randomly assigned to either a treatment or a sham group. Among the participants, 61% had a diagnosis of BD I, and 39% were diagnosed with BD II. All were currently experiencing a depressive episode while on a stable medication regimen (Hamilton Depression Rating Scale scores >17). Patients received 10 daily active or sham 2-mA sessions of transcranial direct current stimulation on weekdays for 2 weeks, followed by 2 additional sessions at weeks 4 and 6.

In terms of adverse events, the two groups were generally comparable. Rates of treatment-emergent affective switches were similar between-groups (19% vs 15% in the sham and active group, respectively; P =.71). One exception was skin redness at the application site, for which there was a clear disparity; only 19% of people in the sham group experienced localized skin redness vs 54% in the active group (P =.01). This difference was attributed to the active current breaching the skin barrier in the latter group.

Participants receiving transcranial direct current stimulation exhibited better depression relief and response rates than subjects assigned to the sham treatment, without inducing any more manic/hypomanic episodes than were seen in the control group.

The investigators were motivated by the good results and few serious adverse events reported with the use of transcranial direct current stimulation in studies on unipolar depression. In addition, there is a psychiatric consensus that more tolerable and efficacious therapeutic choices are needed for BD. Indeed, the authors noted, “Therapeutic options for BD have adverse effects and modest efficacy.” To their knowledge, no other studies thus far have examined transcranial direct current stimulation in the bipolar population.

One strength noted by the authors was the comparability with other studies, owing to their use of the same treatment schedule. Limitations included a small sample size and the possibility that remission analyses were underpowered. They acknowledge that larger future studies, including those using different treatment protocols and combinations, are necessary to support their findings. However, the results from this BETTER subset suggest that transcranial direct current stimulation may be an important and well-tolerated modality for use in people with BD. 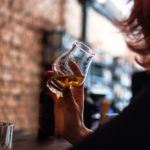