Based on an analysis of community-based studies on unipolar mania vs bipolar disorder, the authors of a review in Bipolar Disorders recommended the establishment of a clinical diagnosis of mania independent from mania within bipolar disorder.

Although relatively uncommon, unipolar mania or mania with mild depression has been observed. According to prior research, the conditions appear to occur more commonly in men of color, with a younger onset age of illness and lower rates of comorbidity with anxiety disorders.

Analyses revealed 109 adults and 195 adolescents diagnosed with mania and mild depression and 323 adults and 182 adolescents with type I bipolar disorder. As expected, men were predominant in the mania group. Individuals with unipolar mania had fewer suicide attempts and less anxiety and drug use. Adults with mania, in particular, exhibited a lower preponderance of eating disorders and drug misuse.

A limitation of the study was its retrospective nature and small sample size, although data were pooled from several large investigations.

The authors also noted that participants diagnosed with unipolar mania may eventually experience a depressive episode and may be diagnosed more accurately with bipolar disorder. However, given that bipolar disorder may require more complex pharmacologic treatment to address both manic and depressive episodes, the authors nonetheless emphasized the usefulness for clinicians of a distinct unipolar mania diagnosis.

“The significant differences found in gender and comorbidity between mania and [type I bipolar disorder] suggest that unipolar mania, despite its low prevalence, should be established as a separate diagnosis both for clinical and research purposes,” the authors concluded. 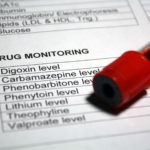