Psychological and pharmacological treatments in the early stages of bipolar disorder are more effective than treatment in the later stages, according to a comprehensive literature review published in the International Journal of Bipolar Disorders.

They identified 8 primary papers and 2 meta-analyses that included a total of 8942 patients. Five studies examined comparisons between first and multiple episodes, and the other studies compared fewer vs more episode categories.

The results across the studies showed that treatment in earlier illness stages resulted in better outcomes in terms of response, relapse rate, time to recurrence, symptomatic recovery, remission, psychosocial functioning, and employment. The association was observed for pharmacological and psychological treatments.

The researchers noted that there is a risk of selection, performance, and attrition bias in most studies. In addition, they pointed out that first hospital admission was unlikely to equate to a patient’s first episode, due to the varying durations of untreated illness. In 2 studies, when confounders were controlled, the effects of earlier treatment were attenuated and rendered nonsignificant.

“This review suggests that the progression to later stages of illness is associated with treatments becoming less effective and [this] chimes with the requirement for more complex treatment regimens for many people who have well-established bipolar disorder,” the study authors wrote. “The greater effectiveness in improving functional outcomes in the early course may be particularly linked to the initial appearance and worsening of cognitive impairments with time, a factor which is known to independently predict vocational functioning in bipolar disorder.

“Our findings also paradoxically highlight the scale of the therapeutic challenge to assist people in later stages of the illness, in which there appears to be some level of treatment resistance.” 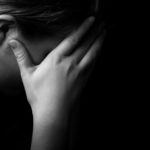