Results of a randomized controlled trial showed a clear benefit of lithium over quetiapine monotherapy in stabilizing patients following a first episode of bipolar mania. Lithium was superior across several measures of disease severity, symptomatology, and quality of life during the 12 months following the transition to maintenance therapy. These findings were reported in the British Journal of Psychiatry.

Investigators from multiple institutions in Australia and New Zealand screened 286 individuals with a first manic episode with psychotic features from the National Centre of Excellence in Youth Mental Health, the Early in Life Mental Health Service (ELMHS), and the Recovery and Prevention of Psychosis (RAPP) services at Monash Health in Melbourne, Australia, ultimately enrolling 61 patients age 17 to 26 who were treated initially with a combination of quetiapine and lithium. After the patients were randomly assigned to receive either drug as monotherapy, 40 patients completed the trial (19 taking quetiapine, 21 taking lithium).

Using global measures on the Brief Psychiatric Rating Scale (BPRS), patients in the quetiapine group worsened significantly from baseline to 12 months, while patients in the lithium group improved over the same time period. The quetiapine group also experienced a significant worsening of manic symptoms at 9 months measured by the Clinical Global Impressions Scale for Bipolar Disorder (CGI-BP) compared with lithium.

These findings were confounding in light of previous studies indicating no difference between the two therapies.2,3 “There are many potential interpretations,” study co-investigator Michael Berk, MMBCh, PhD, professor of psychiatry at Barwon Health and The Geelong Clinic at The University of Melbourne, Australia, explained to Psychiatry Advisor.

He pointed out that the study evaluated first episodes only. “It’s likely that the benefits of lithium are greatest early on in the illness course. This is concordant with previous research. The cohort also had an index manic episode. It’s likely that lithium works better in index mania than index depression.” Dr Berk observed that the patients in the cohort were also severely ill and most had psychotic features. “This may also be a predictor of response,” he said.

When asked if the results need to be replicated, Dr Berk said, “Replication is needed in first episode cohorts. Because of service filters, people who respond to treatment tend to be filtered out of research studies later in their illness course. Studies on more chronic individuals tend to select refractory patients as a consequence. Most research is also done in tertiary centers seeing refractory individuals. They may underestimate the efficacy of treatment. A first episode cohort includes an unselected cohort where a signal of efficacy may be more likely to be seen.” Additional limitations included small study size and variations in dosing. 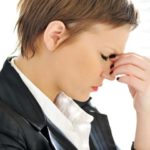