There are smartphone apps for monitoring your diet, your drugs, even your heart. And now a Michigan psychiatrist is developing an app he hopes doctors will someday use to predict when a manic episode is imminent in patients with bipolar disorder. People with the disorder alternate between crushing depression and wild manic episodes that come. 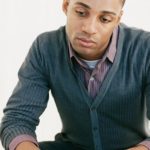