The most commonly abused illicit substances — cocaine, heroin, and marijuana — can have serious health-consequences in the elderly.

Cocaine can precipitate myocardial infarction, stroke, delirium/psychosis, and heat stroke among other consequences.9 Heroin use, more common among early-onset users, is associated with numerous negative social and health-related outcomes including a gradual decline in global mental health.10

Marijuana use in the elderly can be early or late-onset, with the latter often associated with stress, poor appetite or pain (medical marijuana). Its use may also be associated with depression, bipolar disorder, or schizophrenia, where issues of self-medication vs. causality need to be considered.11

Marijuana use in the elderly can have an adverse impact on mood, cognition, driving skills and can precipitate delirium as well as impair respiratory, immune, and cardiovascular (increased cardiac workload) functions.11

Unfortunately, there are no screening tools to diagnose illicit substance abuse in the elderly. In addition, in the context of multiple somatic complaints and medical comorbidities, the diagnosis may be challenging and can be easily overlooked. To complicate matters further, geriatric patients often hide, understate, or attempt to explain away their symptoms.

Many behavioral symptoms which in younger adult patients would suggest drug intoxication or withdrawal, in the elderly, can be brought under the umbrella of dementing illness.7 Consequently, the most important concept in recognition of illicit substance abuse in an older adult is to consider it as a possibility. A detailed history from a reliable informant and urine drug screening are mandatory. It is also important to address the topic directly.

Adapting Blow & Barry’s potential indicators of alcohol abuse in the elderly to suspicions of illicit substance abuse may be useful. Indicators (provided by a reliable informant) include: Have there been any changes in cognition?; Changes in mood?; Changes in Memory?; Changes in personal hygiene?; Changes in sleep?12 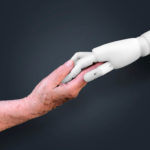