Cannabis users aged 65 years and older tended to start using it first when they were at least aged 61 years and use cannabis primarily for medical purposes, researchers found when they conducted an anonymous survey of patients in a geriatrics clinic at the University of California, San Diego. They presented their study at the American Geriatrics Society 2020 Meeting and published findings in the Journal of the American Geriatrics Society.

The researchers administered the survey between June 28 and September 6, 2019 in which they asked: demographic questions, whether the respondent had ever used cannabis or cannabis products, at what age they used cannabis, when they most recently used cannabis and frequency of use, the primary cannabinoid they used, reasons for use, source of cannabis acquisition, method of use, whether others were aware of their use of the products, if they had ever experienced negative adverse effects because of cannabis use (and what kind of effect), what condition or symptoms they used cannabis to treat, and how helpful cannabis was to them.

The clinic patients returned 568 completed surveys. Of the respondents, 56 used cannabis within the past 6 months, 27 used it between 6 months and 3 years ago, 71 used it before 3 years ago and 414 had never used it. Of the 83 users (those who had used it within the past 3 years), 63 solely used it for medical purposes while 12 used it for both medical and recreational purposes and 6 used it for solely recreational purposes (all P <.05). The group tended to use tinctures (29), lotion (29), smoking (25) and edibles (21) (all P <.05). They reported that family members were most commonly aware of the use of cannabis (77), followed by friends (41), and their healthcare provider (34).

The most common conditions/symptoms respondents reported using cannabis to treat were pain/arthritis (60), sleep issues (24), anxiety (20), and depression (14). The researchers reported that “on average” more than 75% of patients said cannabis was “somewhat” or “extremely” helpful in managing any condition while 12 users reported adverse side effects such as dizziness (5) and anxiety (3). The researchers encouraged clinicians to discuss cannabis use with their patients.

Limitations of the study included the small sample size of current users of cannabis, the provision of the survey solely in English. and the possibility that the results may not be able to be generalizable to states where use of cannabis remains illegal or individuals of other demographic or socioeconomic groups.

“Incorporating scientifically sound information about cannabis in health professionals’ curricula and ongoing professional education forums may help clinicians feel more comfortable discussing cannabis use with their patients,” the researchers said. “Including questions on cannabis use as part of medication reconciliation during regular ambulatory visits might also facilitate conversations with patients.” 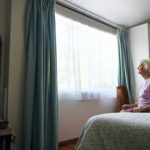 Amyloid Deposition and Depression in People Without Dementia