HealthDay News — Cardiovascular risk factors (CVRFs) across the life course, and especially in early adulthood, are associated with greater late-life cognitive decline, according to a study published online March 17 in Neurology.

Kristine Yaffe, M.D., from the University of California in San Francisco, and colleagues pooled data from four prospective cohorts with a total of 15,001 participants to examine whether CVRFs across the adult life course are associated with late-life cognitive changes. The association for early adult, midlife, and late-life CVRFs with late-life decline on global cognition was examined, while adjusting for demographics, education, and cohort.

The researchers found that at each time period, elevated body mass index, fasting glucose, and systolic blood pressure, but not total cholesterol, were associated with greater late-life cognitive decline. The greatest change was seen in association with early-life CVRFs, with an approximate doubling of mean 10-year decline (an additional 3 to 4 points for Modified Mini-Mental State Exam or Digital Symbol Substitution Test). Late-life CVRFs were associated with cognitive declines in early late life and gains in very late life (<80 and ≥80 years, respectively). The associations for early adult and late-life CVRFs persisted after adjustment for CVRF exposures at all time periods. 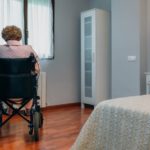 Prescribing of Psychotropic Meds Up in Nursing Homes During COVID-19