On World Mental Health Day, the United Nations (UN) special rapporteur on the right to health, Dr. Dainius Pūras, recommended that states adopt human rights-based strategies for preventing suicide, according to a statement issued by the UN Human Rights Office of the High Commissioner on October 10, 2019.

“The prevalence of suicide is an indication that the mental health of individuals and populations must be seriously addressed — this is a human rights imperative,” stated the special rapporteur.

Suicide claims nearly 1 million lives per year, and it is the second leading cause of death among adolescents. Approximately 80% of suicides occur in low- and middle-income countries, according to recent statistics from the World Health Organization. The special rapporteur wrote, “A focus on locating problems and solutions within individuals obscures the need to address the structural factors that make lives unliveable.”

While there has been a push for mental health screening and early detection, evidence does not support this approach to suicide prevention in at-risk individuals. Identifying individuals with depression and treating them with antidepressants has not been shown to reduce suicide risk either. In general, the UN statement was highly critical of pharmacologic approaches as well as coercive interventions.

“A human-rights approach to suicide goes beyond a focus on mental health concerns and places problems of inequality, homelessness, poverty, and discrimination at the heart of prevention strategies,” stated the special rapporteur. In addition, governments could examine and attempt to alleviate social and familial issues, including economic deprivation, isolation, exposure to violence and abuse, and poor access to healthcare and social support.

The statement hit on accountability as a key to moving forward, emphasizing the lack of results from prevention efforts. “Accountability demands that future investment and policy [learn] from the mistakes of the past and establish transparent and accountable systems to ensure we do better for those who need support the most,” concluded the special rapporteur. 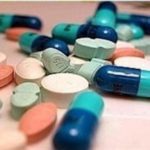 Off-Label Use of Antidepressants for Chronic Pain