Updated World Health Organization (WHO) prevalence estimates for mental disorders suggest a disproportionate burden in conflict-affected populations, according to study results published in The Lancet.

Investigators performed a systematic review of MEDLINE (PubMed), PsycINFO, and Embase for studies published between 2000 and 2017 on the prevalence of depression, anxiety disorder, post-traumatic stress disorder (PTSD), bipolar disorder, and schizophrenia. Grey literature sources, including government reports and dissertations, were also used. Eligible studies used samples that were representative of conflict-affected populations, defined as residents in low- and middle-income locations that had been subjected to armed conflict and/or war in the past 10 years. Regression analyses were performed to calculate psychiatric disorder prevalence rates with 95% uncertainty intervals (UIs). Estimates were age-standardized and adjusted for known predictors of mental disorders, including comorbid substance use and epilepsy.

The literature search identified 129 total studies providing prevalence estimates for mental disorders, including PTSD (n=96), depression (n=70), and anxiety disorders (n=38). A total of 39 countries were represented in the dataset, of which 34 had data for PTSD, 34 had data for depression, and 25 had data for anxiety. The prevalence of mental disorders was calculated at 22.1% (95% UI, 18.8-25.7%) at any point in time in the populations assessed. The mean comorbidity-adjusted, age-standardized point prevalence was 13.0% (95% UI, 10.3-16.2%) for mild forms of depression, anxiety, and PTSD and 4.0% (95% UI, 2.9-5.5%) for moderate forms. Severe disorders, including schizophrenia, bipolar disorder, severe depression, severe anxiety, and severe PTSD, had a point prevalence of 5.1% (95% UI, 4.0-6.5%). Just two studies provided data for psychosis in conflict-affected populations; existing Global Burden of Disease Study estimates for schizophrenia and bipolar disorder were used in calculating the prevalence of severe disorders. 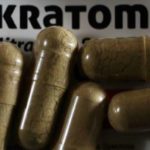 Despite Warnings, Companies Continue to Sell Kratom With Unproven Claims