Approximately 1 in 7 patients with rheumatoid arthritis (RA) also has substance use disorder (SUD), with younger age, male sex, and smoking associated with a greater likelihood of developing SUD, according to study results published in ACR Open Rheumatology.

The researchers sought to establish the lifetime prevalence of SUD in a Canadian RA cohort, along with the risk factors associated with SUD in RA.

Using enrollment visit data from a cohort study that evaluated psychiatric comorbidities in individuals with immune-mediated inflammatory diseases, participants from various sites within the Canadian province of Manitoba were enrolled in the current study between 2014 and 2016.

The presence of RA was verified by a review of medical records or by a treating physician. Participants were aged at least 18 years, had sufficient knowledge of the English language, and provided informed consent. Patients’ socioeconomic and clinical information were collected using self-report questionnaires, which were completed during the initial study visit. The presence of lifetime SUD was identified with the Structured Clinical Interview for Diagnostic and Statistical Manual of Mental Disorders, Fourth Edition, which was provided to all participants.

A total of 154 participants were enrolled from rheumatology clinics. SUD was defined as “the controlled use of a substance despite the harmful consequences of its use.” Factors linked to the presence of lifetime SUD were assessed using unadjusted and adjusted logistic regression modeling.

The majority of the participants in the study were women, White, were receiving treatment with a disease-modifying antirheumatic drug (DMARD), and had a postsecondary education.

The researchers concluded that the higher odds associated with SUD among patients with RA were similar to those reported in the general population, thus providing useful confirmatory guidance for clinical screening.

They added, “The morbidity of SUD from the general population highlights the importance of identifying and treating SUD in those with RA.”

Disclosure: Some of the study authors have declared affiliations with biotech, pharmaceutical, and/or device companies. Please see the original reference for a full list of disclosures. 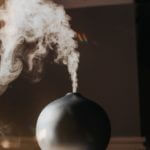