Parvalbumin (PV) interneurons could have a mediating role in psychiatric illnesses, such as schizophrenia, and certain pharmacological or behavioral interventions may be effective at targeting these interneurons. The evidence of this perspective was discussed in a review published in the Journal of Neuropsychiatry and Clinical Neuroscience.

The PV protein is a calcium-binding protein involved in the signal transduction process in excitable tissues such as muscles and neurons. These proteins are expressed in chandelier and basket cells, which are fast-spiking neurons found in the cortex and striatum. After firing, they cover all nearby pyramidal cells with a densely homogenous matrix, giving them an unparalleled ability to regulate pyramidal neurons through perisomatic inhibition.

In 2003, the first evidence was published indicating that gamma oscillations were responsible for perceptual processes of cognition and information processing among patients with epilepsy.

For patients with epilepsy, schizophrenia, Alzheimer disease, autism spectrum disorder, and bipolar disorder, there is evidence that fast-spiking PV interneurons are significantly depleted in the prefrontal cortex. These brain changes have been associated with social withdrawal, deficits in working memory, and diminished cognitive flexibility.

There is also evidence to support behavioral interventions for targeting PV interneurons. Some studies have found that meditative mindfulness might affect central and parietal gamma patterns compared with a mindless task. Another study found that experienced meditators (>10 years of daily practice) were associated with increased occipital gamma patterns. These observations have led to the hypothesis that a meditative state may allow for individuals to increase their neuroplasticity by synchronizing their alpha, theta, and gamma waves.

Additional research is needed in order to disentangle the complex interaction between psychological illness and brain morphology and the interaction with PV interneuron-targeted pharmacotherapies or behavioral interventions.

“In summary, PV interneuron-generated gamma oscillation may function in conscious perception, memory-based cognitive functions, and attentive processing of information. […] This article is focused primarily on gamma frequency oscillation, which is generated by PV interneurons, to develop insight and perspective into the role of PV interneurons in meditation. This article also points to new and emerging directions that address whether this role of PV interneurons in meditation extends to a beneficial, and potentially therapeutic, role in the treatment of common psychiatric disorders, including schizophrenia,” concluded the review authors. 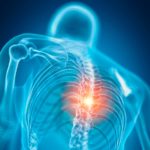