It looks like any one of the dozen party supply stores found in this neck of the neighborhood. Pinatas, balloons, floral bouquets, and streamers adorn the door, inviting you to at least consider throwing a party. Outside, a colorful, though dented, food truck is parked flanked by a variety of vendors selling everything from blankets and flip flops to large containers of fruit, which have been expertly cut with a machete. Machete fruit cutters, much like the purveyors of this family-owned party shop, are incredibly important lifeguards for Sean, a man experiencing unsheltered homelessness who was newly picked up by our street team.

Lifeguards are these invisible networks of people who are connected to their communities. They are part of the fabric of every neighborhood block; they are going about their day and their business but with their eyes wide open. They are the folks that notice when someone new is on the block, when a car has been abandoned, or when a community fixture like Sean isn’t acting quite like himself.

The first time I met Sean, he peeked out from behind a floor-to-ceiling shelf at the very back of the shop. He bore a vibrant ear-to-ear smile as he made his way down the long, glossy concrete corridor, expertly weaving around boxes full of plastic plates, napkins, and polka-dotted table clothes. With the spirit of a concierge, he enthusiastically showed me to a table and chairs in the parking lot. Truth be told, the table and chairs belonged to the food truck but Sean took command of the space as his personal dining room to make sure his guests (our team) were comfortable. I learned that he had not been feeling well and went to the hospital for treatment of what turned out to be peptic ulcer disease.

It also turned out that this was his fourth or fifth time being treated for Helicobacter pylori. The trouble with the standard quadruple therapy is that the 4-drug regimen results in a substantial pill burden and dosing multiple times a day. Statistically, asking someone to take a medication twice a day instead of once a day drastically reduces even the most willing patient’s adherence. Some of the medications in this quadruple therapy require dosing 4 times a day, which essentially becomes impossible considering life on the street is unpredictable and comes without a watch.

Given that store owners were typically the people who called an ambulance when the stomach pain would once again return and become unbearable, they knew of the utility of this gesture. They also thought that taking the morning dose of medication with food would help with the upset stomach that usually followed the morning pill load, so they offered him a bowl of cereal when they opened for the day.

This became a standing morning meeting. A lifeguard stand.

As the morning meetings continued, they allowed him to keep his tent outside the shop, to use their bathroom, to stand inside the back door when it rained, and fill up a plastic water bottle from the bathroom sink. They got to know him and, in turn, knew when he wasn’t acting himself.

One morning, Sean wasn’t at the party shop. After a recent hospitalization, he had returned to the shop where the owners noticed that he just wasn’t himself. He seemed tired, confused, and his smile was gone. His belongings had been stolen while he was gone and he had seemed too tired to procure new items. For a seasoned, chronically homeless man this was highly unusual behavior.

We were worried. Just as we were about to pull away, we saw a man aimlessly shuffling through traffic wearing a yellow wrist band with “Fall Risk” printed in black, blocked letters. Seemingly in a daze, Sean meandered across 5 lanes of traffic before tripping up the curb and onto the sidewalk. We called to him from our pick-up truck and he slowly gazed in our direction, giving a half-mast smile with half-mast eyes. He walked back into traffic and crossed (safely) to greet us.

The shopkeepers were right, Sean was not himself. He was cold, tired, and slow to respond. He hadn’t slept in 3 days and was hungry, thirsty, and partially shoeless. On 1 foot was a bedroom slipper that looked to be 3 sizes too small while the other foot had layers of socks and the matching slipper in his hand.

Using the shop’s Wi-Fi, I was able to learn that during his emergency department (ED) visit he had an acute kidney injury and severe anemia with a plethora of abnormal cells; while the ED team felt he was sick, the surge of COVID-19 pandemic had rendered the hospital without a hospital bed and he was discharged. The attending note commented that he should have a primary care provider to see since he had valid insurance, a common error in mistaking insurance access as the only barrier to seeing a primary care provider. The ED team also took time to note that the patient repeatedly reported that he was cold and hungry, and intimated that the patient’s only real symptoms were self-imposed hunger and cold from being homeless.

A gross underestimation of the situation and failure to reconcile data points with the human condition paired with a global pandemic. A recipe for disaster.

Despite his current state and my review of his medical chart with him, he could not be persuaded to return to the hospital. He gave me permission to give some advice to the shop owners about his health, considering their concern. I asked them to encourage him to go to the hospital or to get laboratory tests done that we had ordered and to call us if he seemed willing and we would send an Uber right away. But he never went.

We have been searching for him for months. Checking the computer records to see if he bounced back into the system. Checking the morgue. Checking the jail as on more than one occasion, this type of behavior is mistaken for public intoxication. As for the shop, they have left the proverbial porch light on for him.

Lifeguards are a critical piece of street medicine practice as well as the social fabric of communities. Seeing each member of the neighborhood as an actual neighbor — as a human with a life deserving of acknowledgment and concern. Every time we pick up a new patient, I take note of who and what is around. Who might be the lifeguards who care far more than they seem to at first glance? Sometimes it is the shop owner, taco stand server, or fruit vendor. Other times it is the crossing guard, parking lot security, or woman who jams to her music as she passes by every morning on her 7:30 am walk.

I am commonly asked what the solution is for homelessness and while there is never just one answer to solving a complex problem, being a lifeguard in your community seems like a reasonable place to start.

See one. Be one. Raise one.

Corinne T. Feldman, MMS, PA-C, is clinical assistant professor of Family Medicine in the Primary Care Physician Assistant Program at the Keck School of Medicine of USC. PA Feldman also is director of the Street Medicine track for the USC Family Medicine residency. She has provided primary care for people experiencing unsheltered homelessness since 2007 and contributed to the development of shelter and street-based care in Lehigh Valley, Pennsylvania, and in Los Angeles. She currently sees patients at USC Street Medicine. 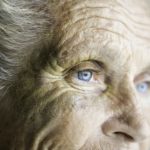