High genetic risk for psychiatric disorders may impact individuals’ desire to live in cities or rural areas, even without diagnosis of mental illness, researchers found in a study published in JAMA Psychiatry.

They excluded individuals with missingness greater than 0.01, sex discordance, and relatedness and they examined participants’ address history from 1931 to 2011. Additional address history was collected from participants and their registration with a primary care physician. The researchers used land cover maps to identify urban and rural areas by postcode.

When they examined migration patterns, the researchers found that individuals with PRS for schizophrenia, bipolar disorder, anorexia nervosa, and ASD and those with reduced PRS for ADHD tended to choose to move from rural areas to urban areas.

According to the researchers, in the UKB, population density is linked with deprivation and educational levels, impacting generalization. 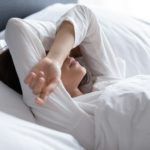