Depending on who you ask, conflict of interest (COI) is either simply a part of the landscape of medicine, supplying otherwise unobtainable funding for large clinical trials,1 or a means of promoting the benefits of new medications while quashing reports of their negative effects.2 Despite efforts to make study authors disclose relationships with drug and medical device companies,3 COI is more widespread than most clinicians believe.4 At its most extreme, COI may result in inappropriate prescribing of medications and the medicalization of conditions that fail to meet diagnostic criteria.4

Psychiatry lies at the heart of the COI storm. Of the Diagnostic and Statistical Manual of Mental Disorders, 4th Edition, (DSM-IV) panel members, 56% had at least 1 association with a pharmaceutical company; among mood disorders panel members, 100% disclosed conflicts.4 Close ties between pharmaceutical companies and the American Psychiatric Association have prompted concern from government officials, including Senator Chuck Grassley (R-IA).5 As a result, the American Psychiatric Association introduced greater transparency in reporting potential COI among DSM-V panel members.6

However, a study noted that greater transparency revealed increased levels of COI across all panels for the DSM-V, with 69% of members reporting ties to the pharmaceutical industry. In the panel on mood disorders, 67% reported COI, but for psychotic disorders, the number of members with COI climbed to 83%, and 100% for panel members on sleep/wake disorders.7 Unsurprisingly, these findings have led to speculation over the role of corporate interests in widening the boundaries for disorders such as Adjustment Disorder Related to Bereavement and the addition of new disorders, including Attenuated Psychotic Risk Syndrome and Restless Leg Syndrome.7

The Paradox of Disclosing COI

Transparency about COI may actually exacerbate bias among clinicians and patients alike; disclosure may simply transform a secret bias to an open bias, or may seemingly absolve a researcher of evident bias.6 As a glance at most publications’ COIs will reveal, many authors reveal an abundance of affiliations without noting their precise nature,8 and the most relevant source of bias becomes lost in dozens of corporate ties.7

A systematic review of COI in clinical practice guidelines revealed that 87% of guideline authors reported interacting with an average of 10.5 drug companies, and 59% of authors interacted with the manufacturers of companies whose products the guidelines specifically mentioned.9 Strikingly, only 7% of guideline authors believed that their industry ties might bias their recommendations in any way. In contrast, 19% of these same authors were certain that industry ties unduly influenced their colleagues’ recommendations.9

Any form of gift or favor, from samples and fees for speakers’ bureaus to sponsored CME events and research grants, exerts a strong influence on recipients’ behaviors. The urge to reciprocate for even minimal gifts, such as branded pens or free meals, can powerfully sway a beneficiaries’ actions.11 COI disclosures can lead clinicians to provide more biased advice to counteract anticipated discounting of study findings by readers responding to COI.12 Furthermore, patients may misinterpret disclosures of COI as indicators of a clinicians’ expertise, rather than a reflection of a relationship built on financial and material incentives.12

Finally, given the logistics and costs of running large clinical trials, the potential for COI looms largest in the reporting on the safety, efficacy, and tolerability of medications. In psychiatry, the prevalence of studies with COI is higher than in medicine generally, with 47% of studies in psychiatry reflecting some COI.13 Nevertheless, industry sponsorship may enable researchers to conduct larger, better-designed studies with greater statistical power. In fact, the median number of research participants is larger in studies in which authors had COI.13 In contrast, even in randomized, double-blinded, placebo-controlled trials, studies with authors who had COI were 4.9 times more likely to report positive results.13,14 In addition, authors with COI were 10 to 20 times less likely to report negative findings.2

In a study examining the efficacy of vortioxetine for patients with major depressive disorder (MDD) and high levels of anxiety symptoms, researchers reported significant reductions with vortioxetine vs placebo on both the Montgomery-Åsberg Depression Rating Scale (MADRS) and Hamilton Anxiety Rating Scale (HAM-A). At the same time, treatment with vortioxetine resulted in fewer treatment-emergent adverse events (≤1.3%) than placebo (1.3%). However, 4 of the 5 study authors work directly for the companies involved in the development and commercialization of vortioxetine, and the first author received 2 financial grants and fees for attending financial board meetings held by the drug’s manufacturer.15

Similarly, an open-label study examining the safety and tolerability of brexpiprazole in MDD reported suicidal ideation as a treatment-emergent adverse event in 5.5% of patients and had 2 suicides occur during the study.16 Strikingly, the researchers emphasized more pronounced adverse effects from other atypical antipsychotics used as adjunctive therapy in treating MDD,16 a disclaimer consistent with 1 of the gambits used by researchers influenced by their COI.2,4,13 Unsurprisingly, all authors involved in the brexpiprazole study were full-time employees of the drug manufacturer or the company involved in the drug’s commercialization.16

Likewise, a study of aripiprazole as an adjunctive treatment for MDD found significant reductions in MADRS scores.17 Again, all study authors reported paid affiliations with at least 20 drug companies, making a vivid illustration of one approach to using a wealth of affiliations to dampen the most vivid examples of COI with a sheer abundance of disclosures.2 Nevertheless, these disclosures failed to conceal that all study authors were employees of either the company commercializing the drug or its manufacturer.17

An investigator for the aripiprazole study, Michael Thase, MD, has argued that “academic psychiatrists deserve to be paid for their expertise, just like in any other profession,” according to Leemon McHenry, PhD, from California State University, Northridge, Los Angeles. Dr McHenry is perhaps best known as an author of studies critical of the paroxetine 352 bipolar trial, which featured a study manuscript ghostwritten by an employee of the manufacturer, GlaxoSmithKline. The published results of the paroxetine 352 trial named authors who had little to no input on the trial and had never reviewed the manuscript before publication. Dr McHenry noted that “key opinion leaders are chosen for their malleability to corporate objectives.” An egregious example of COI, the paroxetine 352 bipolar trial recruited an insufficient number of participants to adequately power the trial. This case rebuts arguments about industry-sponsored research recruiting larger numbers of participants and providing adequately powered statistical analyses on the efficacy of treatments.

In contrast to industry-sponsored studies’ findings on adjunctive treatment for MDD, review articles have markedly different perspectives. A review article by Leslie Citrome, MD, MPH, from the department of psychiatry, New York University School of Medicine, found that adjunctive treatment with aripiprazole resulted in only 10% higher relief in rates of remission from symptoms of MDD than adjunctive treatment with placebo.18 More significantly, a comprehensive review article on the treatment of MDD found that patients benefited more from combined interpersonal psychotherapy and pharmacotherapy than from pharmacotherapy alone.19 This review omitted from its list of promising therapies any use of adjunctive medications.19 Perhaps unsurprisingly, all authors of the review articles had no COI.18,19 This characteristic may support the notion that review articles may be the most reliable, unbiased sources of information for clinicians and researchers,4 especially in the context of an abundance of both data and disclosures of COI.

14. Heerlein A. What is the impact of financial conflicts of interest on the development of psychiatry? World Psychiatry. 2007;6(1):36-37.

18. Citrome L. Adjunctive aripiprazole, olanzapine, or quetiapine for major depressive disorder: An analysis of number needed to treat, number needed to harm, and likelihood to be helped or harmed. Postgraduate Med. 2010;122(4):39-48. 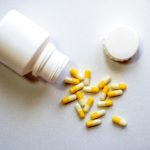 Oseltamivir Not Linked to Increased Risk for Neuropsychiatric Events