The CODES trial included adult participants with dissociative seizures from 27 neurology or epilepsy services in England, Scotland, and Wales. To be eligible, patients had to experience dissociative seizures within 8 weeks of recruitment and have had them confirmed by EEG, evaluation by 2 consultants treating the patient, or expert review by the research team.

Patients were provided with a neurology information booklet on dissociative seizures and completed a seizure diary for each week of the study, collected every 2 weeks. They were split into 2 treatment groups: CBT plus standardized medical care (n=186) and standardized medical care alone (n=182). CBT was provided by 39 therapists overall. While clinicians and study participants were aware of treatment allocation, the outcome data collectors and trial statisticians were blinded.

The CBT group reported better quality of life (P =.010), less bothersome seizures (P =.020), lower psychological distress (P =.013), and fewer somatic symptoms (P =.008). However, there were no significant differences between the groups in terms of patient-reported seizure severity, seizure freedom in the last 3 months of study, anxiety, or depressive symptoms. Nonetheless, the CBT group experienced greater clinical improvement at 12 months as rated by patients and clinicians (estimated mean differences, 0.66 and 0.47; 95% CI, 0.26-1.04 and 0.21-0.73; P =.001 and <.001, respectively).

Study limitations included potential bias in clinician or patient assessments caused by knowledge of treatment allocation or from the natural progression of the disease, which may spontaneously improve regardless of intervention. 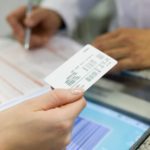