Atrophic acne scars can have a substantial, negative affect on patients’ quality of life and social functioning, according to study findings published in the Journal of the American Academy of Dermatology.

The mixed-method study used qualitative interviews and a quantitative survey of patients in the United States, Canada, Brazil, France, Italy, and Germany from 2019 to 2020. Eligible participants were aged 18 to 55 years with mild to severe facial atrophic acne scars.

In the qualitative interviews, reduced self-esteem and self-consciousness were recurrent themes expressed, along with ugliness/beauty. Self-esteem was the domain most affected by acne scars (3.57 on a Likert scale of 1 [no impact at all] to 5 [extreme impact), followed by hygiene habits (3.43) and finances/expenses (3.03).

In addition, 8.6% of participants from the quantitative survey believed that their work life was ‘‘very much/extremely’’ affected, and 15.9% thought that they had been unfairly dismissed from work or passed over for a job.

Participants in the interview stated that the appearance of their scars, stigma, and daily life restrictions adversely affected their emotional well-being, with 1 participant responding, “It bothers me a lot and makes me sad.”

Overall, 36.2% of the survey responders reported having no control over their scars, and 28.4% thought that nothing could be done to improve the appearance of their scars.

Potential study limitations include the lack of assessment of the survey’s construct validity and reliability, and recruitment relied on self-reported scar severity.

“Acne scar management remains challenging, and scars may remain an indelible and permanent feature after acne,” the researchers commented. “Therefore, effective therapies aimed at reducing the development of acne scarring are integral to prevent the associated debilitating psychosocial effects that may arise from acne scars.”

Disclosure: This research was supported by Galderma. Several of the study authors declared affiliations with biotech, pharmaceutical, and/or device companies. Please see the original reference for a full list of disclosures. 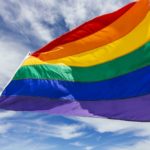