In June 2016, the US Food and Drug Administration (FDA) approved a surgical weight-loss device called AspireAssist, which allows patients to remove a portion of their stomach contents after they eat. It is indicated for use in individuals aged 22 and older who are defined as obese based on a body mass index (BMI) of 35 to 55, and who have been unable to manage their weight through non-surgical means. The FDA states that patients who are “moderately overweight” and those with certain medical conditions or eating disorders should not use the device.

Not so simple, say eating disorders experts, many of whom strongly oppose the device’s approval and point out multiple aspects of its use that could pose health risks to patients. “The entire concept offends, disgusts, and saddens me – I think the device is a form of assisted bulimia,” Dina Zeckhausen, PhD, psychologist and founder of the Eating Disorders Information Network (www.MyEdin.org) told Psychiatry Advisor. “It is galling that the FDA has approved this device given the small data set, the potential for harm and the lack of understanding of the complexity of humans’ relationship with food and their bodies,” she said.

In a quick procedure, a surgeon places a tube into the patient’s stomach with an endoscope, then connects it to a port valve that lies outside the body against the skin. About 20 or 30 minutes after eating, patients attach a connector and tubing to the valve. In a process that takes approximately 5 to 10 minutes and is said to remove approximately 30% of calories consumed, the individual then opens the valve and drains the contents into a toilet. Patients are required to meet with their physician frequently for monitoring, lifestyle counseling, and needed adjustments.

In the one clinical trial on which the FDA’s approval was based, which was funded by the manufacturer, 111 patients received the AspireAssist device and lifestyle therapy consisting of nutrition and exercise counseling for a year, and a control group of 60 patients received the lifestyle intervention alone. Over the study period, the group using the device averaged a weight loss equal to 12.1% of their body weight, while the control group had an average loss of 3.6%–a difference of 8.5% between groups. Both groups showed small improvements in quality of life and conditions like diabetes and hypertension, possibly because of the lifestyle therapy.

Nonetheless, Stephanie Zerwas, PhD, associate professor at the University of North Carolina at Chapel Hill and clinical director of the UNC Center of Excellence for Eating Disorders, expressed serious concerns about the device in that it mimics vomiting and enables people to dump food directly from their stomachs. “I’m extremely worried about the harm this could do both medically and psychologically,” she told Psychiatry Advisor. “Having an open port to your stomach increases risk of infection or ulcers,” she said, and those are 2 on a list of side effects and risks that could arise from use of the device or the surgical placement of it. Others include nausea, vomiting, pain, indigestion, and puncture of the stomach, as well as persistent fistula after the device is removed. Of the patients in the trial, 5 developed serious adverse effects, including pain, peritonitis, mild ulceration, and fungal growth in the tube, all of which were easily resolved, according to the study results.

There is also the risk for psychological harm, said Dr Zerwas. “We’ve already seen that patients with bariatric procedures often struggle with eating disorders after their surgery,” she noted, and she agrees with Dr Zeckhausen that the new device seems like a form of medically-assisted bulimia nervosa. It sends unhealthy messages that can be especially dangerous to individuals struggling with or at risk of eating disorders: that weight loss is more important than the risk of infection and other side effects, and that disordered eating is a justifiable way to lose weight if it is medically prescribed. “A society that approves a device like this is basically both commodifying and profiting from dangerous eating disorder behavior–it’s a scary development,” she stated.

In addition, eating disorders are not always apparent, and if a patient has struggled with one in the past or has a family history of eating disorders and therefore a higher risk of developing one, the use of the AspireAssist device could lead to severe harm. There are also scenarios in which such a device could pose unique treatment challenges–for example, if malnourishment developed as a result of using the device. “If a patient is losing bone density, loses their menstrual cycle, or obsesses about food after using a device like this, will medical professionals even be on the lookout for these concerns?,” Dr Zerwas wondered. Her team sees many patients who show symptoms of malnutrition after a significant weight loss, even if their weight is still higher than “normal” according to weight charts.

Another criticism of the device centers around the lack of emphasis on patients’ relationship with food and their bodies, their ability to tune in to hunger and satiety signals, and the development of healthy emotion regulations and coping skills. “This method does not help people learn to manage their relationship with food on the front end,” said Dr Zeckhausen. “It is a quick fix mind-set with potential severe long-term dangers, and it reinforces the thin-at-any-price ideal, even if it costs one’s physical and mental health.” 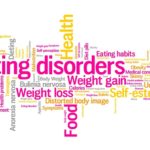 Update on Anorexia Treatment and Research