The use of olanzapine was associated with modest weight gain, but did not improve psychological outcomes compared with placebo in adult patients with anorexia nervosa, according to results from a study published in the American Journal of Psychiatry.

Researchers conducted a double-blind, placebo-controlled, randomized study of 152 patients with anorexia nervosa. Study patients were randomly assigned to receive either olanzapine (n=75) or placebo (n=77) for a total of 16 weeks. Drug therapy was started at 2.5 mg daily and titrated to a maximum of 10 mg daily, based on individual tolerance. The primary outcome measured was the change in body weight from start of therapy to 16 weeks. Moreover, changes in obsessionality were measured using the Yale-Brown Obsessive Compulsive Scale (YBOCS).

After statistical analysis, the researchers found that olanzapine was linked to a significantly increased rate of weight gain vs placebo (body mass index increase, 0.259 vs 0.095; effect size, 0.629; 95% CI, 0.106-1.151; P =.026). In addition, the team saw no significant benefit of olanzapine on the psychological symptoms associated with anorexia nervosa.

The primary limitations of the study were the short duration and high dropout rate.

“We found no evidence that olanzapine had a significant impact on the characteristic psychopathological features of anorexia nervosa, such as obsessionality and overconcern with gaining weight,” the researchers wrote.

“Future studies should examine how best to combine olanzapine with other treatment interventions and assess longer-term outcomes,” they concluded. 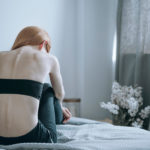