Women with anorexia nervosa (AN) and oligo-amenorrheic athletes (OA) have been reported to have low bone mineral density (BMD) and an increased fracture risk. But when the 2 groups were compared, the prevalence of stress fracture was highest in OA, and nonstress fracture was greater in AN, according to new findings published in the Journal of Clinical Endocrinology & Metabolism.

The study compared and evaluated fracture risk and BMD in 426 females between the ages of 14 and 21.9 years; 231 were AN, 94 were OA, and 101 were normal-weight control patients. Areal BMD (aBMD) of the whole body less head (WBLH), spine, and hip was measured using dual-energy X-ray absorptiometry, and high-resolution peripheral quantitative computed tomography was used to assess volumetric BMD, bone geometry, and structure.

Overall, women with AN had lower WBLH and hip aBMD Z-scores compared with the athletes and the control group (P <.0001). Lower spine aBMD Z-scores were also lower in the AN group vs controls (P <.0001 for both).

Among AN women with amenorrhea ≥1 year, spine aBMD Z-scores were also lower compared with OA (P =.02), and in OA vs controls (P =.002). The number of hours per week doing weight-bearing activity did not correlate with aBMD Z-scores in any of the 3 groups, or in any anatomical site, and vitamin D intake and 25(OH)D levels were also not positively associated with any bone measure.

Even when BMD z-scores were added to a multivariate model (age, race, and height z-scores), women with AN still had lower WBLH and total hip aBMD Z-scores compared with OA (P =.02 for both).

When duration of amenorrhea was added to the model, WBLH and total hip aBMD Z-scores were still lower in AN vs OA (P =.009 and P =.02, respectively), and the same held true when adding in exercise levels (P =.006 and P =.03, respectively).

The authors point out that a key difference between groups was their nutritional status. “Our data demonstrate that estrogen status alone does not account for the many differences in bone parameters between groups, and points to the independent and critical role of nutrition on these parameters,” they concluded. 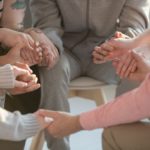