Among adolescents and young adults being treated for major depression with electroconvulsive therapy (ECT), a lower probability of treatment response and remission, as well as a greater number of ECT treatments, was found in female patients with a history of nonsuicidal self-injury (NSSI) than in patients without NSSI, according to a study published in the Journal of Affective Disorders.

Investigators collected demographic and clinical information including data on ECT to determine whether a history of NSSI was associated with ECT responsiveness in adolescents and young adults.

Study limitations include small sample size and no control group to compare depressive symptoms in patients not receiving ECT. Previous medication trials, level of treatment resistance, or other data that might predict ECT efficacy were also not included. Future studies could examine how NSSI affects ECT efficacy in adults.

“[O]ur data suggest caution when considering an adolescent or young adult woman for a course of ECT,” they concluded. 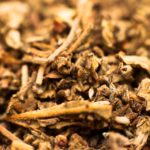