Childhood neighborhood poverty (NP) is significantly associated with decreased cognitive function as well as decreased prefrontal and hippocampal volumes, according to results of a study published in JAMA Network Open.

Studies have shown that household-level poverty is associated with cognitive function deficits and reduced brain structure volume in children, but the independent impact of NP on cognitive performance and prefrontal and hippocampal volumes in children has not yet been determined.

To examine this, data from 11,875 children (47.8% girls) aged 9 and 10 years were analyzed. NP was established through Area Deprivation Index (ADI) values based on 9 variables. Household socioeconomic status (SES) was determined through household income as well as the Parent-Reported Financial Adversity Questionnaire (PRFQ), which measured whether families had enough money to pay for basic needs, such as food and health care. Cognition was measured by National Institutes of Health Toolbox Cognitive Battery (NIHTB-CB) scores. Brain structure was captured through magnetic resonance imaging (MRI) scans.

Limitations to this study include the lack of granular data regarding neighborhood resources, such as the number of grocery stores. Future research including longitudinal data to determine the method of mediation as well as the direction of effect is warranted.

The results of this study showed that neighborhood poverty is significantly associated with decreased cognitive function over a range of domains, as well as decreased hippocampal and prefrontal cortex volume, even when controlling for household income and PRFQ. The worse cognitive outcomes may be mediated by the difference in brain volume. Though household SES was generally more strongly associated with outcomes, the independent impact of NP indicates neighborhood context impacts brain development on its own. 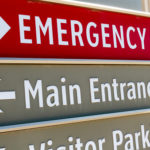