Multisystemic therapy is not superior to usual management of adolescents with moderate-to-severe antisocial behavior, according to research published in Lancet Psychiatry.

At 18 months, there was no significant difference in the proportion of adolescents in out-of-home placement between the treatment groups (13% in the multisystemic therapy group vs 11% in the management as usual group [P =.37]).

Antisocial behavior in adolescence is a widespread and serious problem, with consequences for the youths involved, their families, and society as a whole. Studies in the United States have shown that multisystemic therapy reduces antisocial behavior and criminal offenses committed by this group; however, findings from the START study do not lend support to this treatment approach.

The authors noted several limitations. Management as usual was not homogeneous, and there was considerable between-site variation in the interventions provided. The authors plan future analysis to determine whether these factors had any effect on the outcomes. Management as usual may also have offered greater flexibility in addressing the specific needs of the individual. 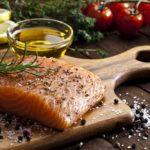