Nearly one in three U.S. adolescents are affected by bullying, placing them at risk for health problems including attention deficit hyperactivity disorder, anxiety, depression and self-harm. Unfortunately, fewer than a quarter of these teens receive help, and new research identifies some of the reasons why.

A study to be presented Oct. 24 at the American Academy of Pediatrics (AAP) National Conference & Exhibition in Washington, DC, surveyed 440 students in high school and middle school in Cumberland County, North Carolina. Mirroring national trends, an average of 29 percent of the respondents reported being bullied in the past. Among 11- to 14-year-olds, 54% reported being bullied, compared with 46% of those 15 to 18 years old. 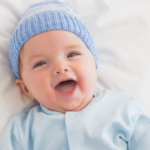