HealthDay News — The lowest rates of demand for contraception satisfied are seen for women aged 15 to 19 years and 20 to 24 years, according to a study published online July 23 in The Lancet.

The researchers found that 162.9 million women had an unmet need for contraception in 2019, including 29.3 and 27.2 percent who resided in sub-Saharan Africa and south Asia, respectively. The lowest rates of demand satisfied were for women aged 15 to 19 years and 20 to 24 years (64.8 and 71.9 percent, respectively); in 2019, 43.2 million women aged 15 to 24 years had unmet need. Among women aged 15 to 19 years, the mCPR and demand satisfied were substantially lower than among women aged 20 to 49 years at Sociodemographic Index (SDI) values below 60; as SDI increased above 60, the mCPR and demand satisfied began to equalize. The global mCPR increased by 20.1 percentage points between 1970 and 2019. During this time, use of implants, injections, female sterilization, and condoms increased, while traditional methods declined as a proportion of all contraceptive methods.

“More than 40 million women aged 15 to 24 years had unmet need, which is of crucial importance since the economic and social benefits of contraceptive access are likely to be most substantial in this age group,” the authors write. 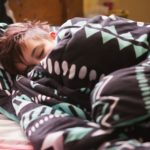 US Children Aged 9 to 13 Years Average 7.5 Hours of Sleep