Genetic variation combined with elevated aggression scores may predict childhood suicidal thoughts, while suicidal thoughts in childhood may point to young adult depression, according to data published in the Journal of Affective Disorders.

A psychiatric disorder is present in more than 90% of adult suicides, according to the investigators, and aggression is associated with increased suicidal behaviors in both children and adults. Uncovering the role of childhood suicidal behavior on the development of psychiatric disorders later in life, as well as the influence of aggression, could help with suicide prevention efforts.

A total of 478 participants aged 8 through 18 years enrolled in the study and received ongoing assessment until age 19. Using multiple behavior assessment tools, researchers found that 25.9% of participants reported suicidal thoughts during 1 or more visits. These thoughts occurred for the first time at a median age of 13 years (mean age, 12.7±2.9 years; range, 8-18 years). Of the 17 children that attempted suicide, 10 reported aggression. Results of a Cox Survival analysis demonstrated a significant association between childhood aggression and suicide attempts.

To determine the role of genetics in the onset of suicidal thoughts, investigators tested specific haplotypes within ANKK1-DRD2 and HTR2C as potential predictors of suicidal thoughts and behaviors. Structural equation model results demonstrated that 3 single nucleotide polymorphisms (SNPs) within the HTR2C gene, 1 SNP in the ANKK1 gene, and 2 haplotypes — AAAC in the ANKK1-DRD2 complex and the CCC haplotype in the HTR2C gene — were “significantly associated” with suicidal ideation in childhood.

Limitations of the study include the relatively small sample size and the use of assessments conducted between 1990 and 2010, which does not account for the rise in suicide rates over the past decade.

thoughts in childhood, depending on the individuals’ genetic background. Determining overall levels of aggression further helps determine which children will develop suicidal thoughts.

“These observations have the potential to provide a framework for precision medicine that utilizes both genetic variation and phenotypic markers for early intervention and treatment,” the researchers concluded. 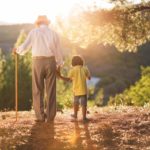