Wonuola A. Akingbuwa, MSc, of the department of biological psychology, Vrije Universiteit, Amsterdam, The Netherlands, and colleagues used data from 7 ongoing longitudinal birth and childhood cohorts from the United Kingdom, The Netherlands, Sweden, Norway, and Finland from July 1985 to April 2002. They assessed participants repeatedly for childhood psychopathology from ages 6 to 17 years. They constructed individual PGS in children based on genome wide association studies (GWAS) of adult major depression, bipolar disorder, subjective wellbeing, neuroticism, insomnia, educational attainment, and BMI.  The researchers tested associations between PGS and ADHD symptoms and internalizing and social problems in childhood using regression meta-analyses.

The researchers suggested that the genetic associations between education attainment and BMI and major depression may become more apparent after adolescence while they may be already apparent earlier for childhood ADHD and social problems in relation to BMI. The study authors concluded that insight into these associations may help identify vulnerable children who may benefit from targeted treatment.

The results of the study are limited to those of European ancestry and may not be generalizable to a broader population. Furthermore, associations between PGS and childhood psychopathology measures may be confounded by unknown gene-environment interactions, and participant dropout may have influenced the results. 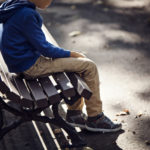