Experiential avoidance may be a strong predictor of major depressive disorder (MDD) and generalized anxiety disorder (GAD) in late adolescence, according to study results published in the Journal of Clinical Psychiatry. While experiential avoidance may offer short-term relief from distress, in the long run it may allow psychopathological symptoms to persist, as individuals do not fully process their distress.

William H. Mellick, PhD, of the department of psychiatry and behavioral sciences at the Medical University of South Carolina in Charleston, led a study to capture experiential avoidance in older adolescents (aged 15 to 20 years). Patients underwent a baseline assessment and were followed-up every 4 months thereafter.

At baseline, the Beck Depression Inventory-II, Beck Anxiety Inventory, and the Acceptance and Action Questionnaire, second edition (AAQ-II) were administered to capture depressive symptoms, anxiety symptoms, and experiential avoidance, respectively. The AAQ was re-administered once a mean of 342.1±56.7 days after initial AAQ assessment. Demographic and clinical factors were also extracted at baseline.

As a study limitation, investigators noted that a substantial percentage of study patients were taking selective serotonin reuptake inhibitors, which may have moderated the relationship between experiential avoidance and MDD/GAD even after adjustments. The narrow racial makeup of the study cohort may also limit generalizability of the results.

The researchers also suggested a potential treatment modality in light of their findings. They wrote, “Acceptance and commitment therapy…is a behavioral intervention that aims to help patients overcome [experiential avoidance] with acceptance, mindfulness, and behavioral change strategies.” 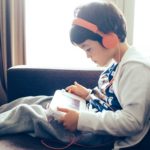