Children who fail to meet existing diagnostic thresholds for attention-deficit/hyperactivity disorder (ADHD) may still exhibit clinical features of the disease, according to research published in the Journal of Clinical Psychiatry.

These data suggest that subthreshold ADHD is associated with significant morbidity and disability and emphasize the necessity of support for children who fail to meet the diagnostic criteria for full ADHD.

Disclosures: Please see reference for a full list of disclosures. 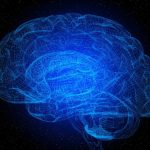