Previous studies have found that family-based psychosocial treatments are effective adjuncts to pharmacotherapy among adults and adolescents with bipolar disorder (BD). The objective of this study was to compare the efficacy of adjunctive Child- and Family-Focused Cognitive Behavioral Therapy (CFF-CBT) to psychotherapy as usual (control) for mood symptom severity and global functioning in children with BD. 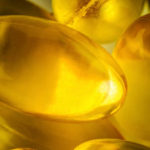