A study published in the American Journal of Preventive Medicine found a positive association between exposure to secondhand smoke and depressive symptoms in adolescents. Depression occurs in an estimated 12.5% of adolescents, and approximately 75% of those with adolescent depression will go on to experience depression in adulthood.

Louis Jacob, PhD, of the Faculty of Medicine, University of Versailles Saint-Quentin-en-Yvelines, Montigny-le-Bretonneux, France, and colleagues used data from the Global School-Based Student Health Survey between the years 2003 and 2008 to identify an association between secondhand smoke and past year depressive symptoms. They evaluated the association using multivariable logistic regression and meta-analyses.

The investigators found a dose response relationship between secondhand smoke and depressive symptoms in the overall sample, with exposure on 1 to 2 days having an odds ratio (OR) of 1.06, on 3 to 6 days, an OR of 1.38, and on 7 days, an OR of 1.63. Sex and food insecurity did not significantly affect the relationship between secondhand smoke and depression. On the whole, exposure to secondhand smoke on 3 days of the past week was associated with a 1.48-fold increase in the odds for depressive symptoms. These findings were noted in a variety of countries across multiple continents with low heterogeneity.

The study authors suggested that secondhand smoke may intensify stress by increasing physical discomfort. They also theorized that a number of chronic disorders in childhood and adolescence such as increased BMI, asthma, and hearing loss, which are associated with smoke exposure, may increase the risk of depression. Furthermore, nicotine may increase susceptibility to depression through its influence on neurotransmitters such as acetylcholine, catecholamine, and serotonin. The investigators also suggested that the increased production of inflammatory cytokines caused by smoke could increase the risk for depression. In addition, they noted that secondhand smoke may be a marker for living in a disadvantaged neighborhood.

The study findings were limited by the lack of detailed information on the intensity of smoking, the circumstances of exposure, and the location of exposure to secondhand smoke.

“If corroborated by further longitudinal studies, these findings suggest that reducing [secondhand smoke] exposure may be important not only for the prevention of physical diseases…but also for adolescent depressive symptoms in [lower middle income countries],” the investigators wrote. 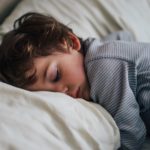 Sleep Patterns in Early Childhood and Risk for Obesity