Autism is on the rise: More than 1.5 million people have the condition in the United States alone. But because the majority of these people are younger than 22, the country is on the verge of an “autism tsunami” that could leave thousands without the support they need as they become adults, according to Autism Speaks, an autism advocacy organization.

“The current system we have right now is woefully inadequate,” says Angela Lello, director of housing and community living at Autism Speaks. “There are lots of long waiting lists. In some states, it can take as long as 10 years to gain access to [these support] services.” 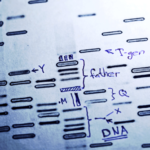 How Genetic Sequencing Can Improve Our Understanding of Autism