Children with autism spectrum disorder (ASD) in special education schools would likely benefit from the addition of a dog training intervention. These findings, from a controlled crossover study, were published in Autism.

The trainers completed 250 classroom hours and 240 field practice hours comprising dog training, psychology, behavioral approaches, and ASD-specific characteristics. They provided two 1-on-1 weekly dog therapy sessions for 4 months. Sessions were 45 minutes during the first and last month and 20 minutes during the second and third. A mixture of small and large dogs participated in therapy sessions.

Discrepant findings for symptoms of anxiety were observed, in which children in group 1 had an increase in anxiety after dog therapy (P =.03) and group 2 had a decrease (P <.001).

This study was likely limited by its poor ethnic and socioeconomic diversity.

These findings suggested that children with ASD would benefit from the addition of dog therapy to traditional ASD-specific interventions, improving both socialization and communication skills. 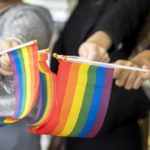 The Neurologic Health Needs of Sexual and Gender Minority Patients