Infants who later met the diagnostic criteria for autism spectrum disorder (ASD) exhibit atypical patterns of sensory responsivity as early as age 12 months, according to research published in the Journal of Child Psychology and Psychiatry.

Atypical sensory responsivity and sensory interests are included in the diagnostic criteria for ASD in the Diagnostic and Statistical Manual of Mental Disorders, 5th Edition, but there are few data about the emergence of sensory-related abnormalities and their relationship to restricted and repetitive behavior in the first years of life.

The findings revealed that SEQ scores were elevated for the ASD group beginning at 12 months, and differences became more pronounced with age. In addition, SEQ scores were significantly associated with all restricted and repetitive behavior subtypes. Differences were strongest in sensory hyperresponsivity and responsivity to tactile stimuli at 12 months. Of the 331 high-risk toddlers enrolled, 74 met the diagnostic criteria for ASD by age 2 years.

The study was limited by potential bias in parent-report measures, indirect measurement, variability with ASD onset, and an inability to draw strong inferences about low-risk control participants.

Researchers note that “[w]hile much remains uncertain about the correspondence between sensory responsivity and restricted and repetitive behaviors, it has become increasingly clear that these features emerge early and in tandem among infants who develop ASD.” Future research will aim to develop direct measures of reactivity, minimizing bias that may affect data. 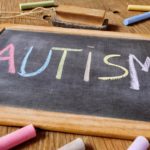