The condition called apraxia is estimated to affect just one or two out of every 1,000 children, but a study finds that 64% of children with autism may also have the speech disorder.

Researchers looked at a group of 30 kids ages 15 months to 5 years who were referred for evaluations due to concerns about speech, language or autism. Of the children initially diagnosed with autism, nearly 2 out of 3 also had apraxia, the study found. Meanwhile, among those first flagged with apraxia, 36.8% were also found to have autism. 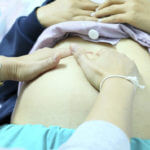 No Causal Association Between Autism and C-Section Delivery