According to the results of a recent study published in the Journal of Clinical Psychiatry, multiple treatment failure in children with first-episode psychosis was more common among patients with comorbid autism spectrum disorders.

Researchers enrolled children between the ages of 10 and 17 years with first-episode psychosis, using a clinical records database of patients in South London, United Kingdom. They evaluated the association of multiple treatment failure before the age of 18 years and comorbid autism disorders, using a Cox regression analysis, and categorized multiple treatment failure as the initiation of a third novel antipsychotic because of nonadherence, adverse effects, or insufficient response.

In patients with multiple treatment failure, reasons for the first antipsychotic switch were intolerable adverse effects (44.3%), insufficient response (21.0%), or nonadherence (14.5%). The reasons for switching antipsychotics were significantly different between the groups with and without comorbid autism spectrum disorder (P =.05).

The study authors concluded that “[autism spectrum disorder] comorbidity was associated with a 2-fold increased risk of [multiple treatment failure],” and added that the results “may explain why some children with premorbid difficulties and [early-onset psychosis] are at increased risk for adverse social, educational, and occupational functioning.” 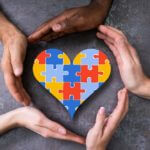