Citing high levels of p,p’-dichlorodiphenyl dichloroethylene (DDE) in mothers whose children were later diagnosed with autism, researchers indicate evidence for a relationship between the insecticide metabolite and the neurodevelopmental disorder, according to a study published in the American Journal of Psychiatry.

Researchers used serum samples, taken between months 2 and 4 of pregnancy, from mothers registered in the Finnish Maternity Cohort who had children in the Finnish Prenatal Study of Autism. For this analysis, there were 778 children diagnosed with autism and 778 matched control children. Serum samples were analyzed through gas chromatography and mass spectrometry to quantify the levels of persistent organic pollutants, focusing on p,p’-DDE and polychlorinated biphenyls.

Future studies need to examine the effects of p,p’-DDE on intellectual disabilities and control for potential serum lipid biases.

In conclusion, the researchers established the first biomarker-based evidence for “an association between maternal levels of p,p’-DDE and odds of autism in offspring.”

This study was supported by the National Institute of Environmental Health Sciences. 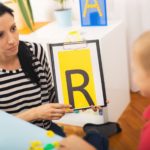 Symptom Trajectories Vary According to Language Development in Autism