The study was based on an international clinical trial conducted by the Grieg Academy Music Therapy Research Centre and Uni Research Center in Bergen, Norway. They found that children with ASD in 9 countries scored similarly on a test of their social skills regardless of whether or not they had received music therapy.

The centers were located in Australia, Austria, Brazil, Israel, Italy, Korea, Norway, the United Kingdom, and the United States.

After 5 months of therapy, according to the researchers, led by Christian Gold, PhD, however, there was no difference in social skills between children receiving standard care and children undergoing music therapy.

The researchers used the Autism Diagnostic Observation Schedule (ADOS) to assess symptom severity. The mean ADOS social affect scores in the music therapy group declined from 14.08 to 13.23, while the mean score in the standard care group decreased from 13.49 to 12.58, suggesting no significant difference.

“These findings do not support the use of improvisational music therapy for symptom reduction in children with autism spectrum disorder,” Dr Gold confirmed. 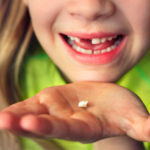