Daily intranasal oxytocin did not significantly improve social functioning in children or adolescents with autism spectrum disorder, according to results of a phase 2 trial published in The New England Journal of Medicine.

Individuals from 7 academic sites participated in the randomized, double-blind, parallel-group, placebo-controlled trial. They received intranasal oxytocin or matching placebo, beginning at 8 IU each morning with a target total daily dose of 48 IU. After maintaining the 48 IU daily dose for 7 weeks, patients could increase the dose by 16 IU every 4 weeks, up to 80 IU. Reductions by 8 to 16 IU or maintenance at the same dose were acceptable. Reductions were required if participants had moderate or severe worsening symptoms or if they had 2 consecutive Clinical Global Impressions Improvement Scores that indicated their functioning was declining.

Participants were evaluated at baseline and at follow-up visits every 4 weeks for 24 weeks to track adverse events, concomitant treatments, and assess symptoms.

The 290 patients eligible for the study received at least 1 dose of oxytocin or placebo and were included in safety analysis. Thirteen participants had either no Aberrant Behavior Checklist modified Social Withdrawal subscale (ABC-mSW) assessment or baseline ABC-mSW score, prompting 277 participants for the modified intention-to-treat analysis, 27 of whom were lost to follow-up before week 24. There were 114 participants in the oxytocin group and 107 in the placebo group who completed the trial.

Limitations of the study include that the ABC-mSW has not been validated and there was no minimum score required for enrollment. 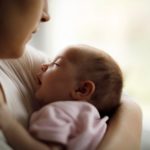 Signs of Autism Spectrum Disorder Appear as Early as Infancy