According to data from the Autism and Developmental Disabilities Monitoring Network published in Morbidity and Mortality Weekly Report Surveillance Summaries, the prevalence of autism spectrum disorder (ASD) among 11 study sites across the United States was 16.8 per 1000 children aged 8 years. This estimate is higher than previously reported and may indicate an increased need for therapeutic services among communities with high ASD prevalence.

The Autism and Developmental Disabilities Monitoring Network is an active surveillance system that provides estimates for the prevalence of ASD among children aged 8 years who reside within 11 specific study sites across the United States. Surveillance is a 2-phase procedure, involving first the abstraction of evaluations completed by service providers and then the systematic review of abstracted information by clinicians to determine ASD case status.

These data indicate an increased need for “behavioral, educational, residential, and occupational services” at various levels across the United States and emphasize the importance of research on the risk factors for ASD. Future surveillance efforts will expand geographically and capture additional social determinants of health to develop a more complete picture of ASD prevalence in the United States. 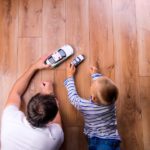 How Parents Can Enhance Autism Treatment: Use of Intervention Strategies at Home