Approximately one in 68 children has been identified with autism spectrum disorder (ASD), according to the Centers for Disease Control and Prevention. While the incidence of ASD appears to be rising, it remains unclear how much of this increase is due to a broader definition of the condition and better diagnostic efforts.1

Although researchers have been unable to identify the underlying mechanisms of action involved in ASD onset and progression, they have developed effective behavioral approaches for managing and treating the disorder.2

Research has shown that although children with ASD do not learn readily from typical educational environments, they can learn a great deal in an appropriately constructed environment, according to Thomas Higbee, PhD, of Utah State University, who created the Autism Support Services: Education, Research, and Training (ASSERT) behavioral intervention program there.

Successful treatments for children with ASD are those based on Applied Behavior Analysis (ABA), a program that uses basic principles of learning to design interventions to improve the human condition. These behavioral interventions are most effective when they include intensive training (30 to 40 hours per week) and when started at a young age (between three to five years of age).2

The most recent report from the Agency for Healthcare Research and Quality (AHRQ), issued in August, focusing on behavioral interventions for ASD determined that behavior-focused treatments could have positive impacts on some areas of development for many children with ASD.

A range of evidence-based practices are used in intensive programs for children with ASD.3,4 “These behavioral approaches can range in scope from comprehensive (addressing many particular needs of a child) to targeted (reducing challenging behavior),” says Raphael Bernier, PhD, of the University of Washington in Seattle.

“They can range in their targeted outcomes (like focusing on language or focusing on behavior), and they can range in settings” like a clinic, home, or school. “[Different therapies] range in intensity in terms of hours per week or duration,” adds Bernier, whose research focuses on genetics, neurobiology, and behavioral characteristics of ASD. “They can also range in the methodological approach spanning a more clinician-directed approach.”

Some of the most commonly used behavioral interventions include the Lovaas model, the Learning Experiences and Alternate Program for Preschoolers and their Parents (LEAP), Discrete Trial Training (DTT), Pivotal Response Training (PRT) and the Early Start Denver Model (ESDM).

“One of oldest and most reliable is DTT,” Higbee notes. “The approach involves providing the student with a large number of learning trials and feedback from the instructor to build skills. The pace of instruction is rapid to give children the opportunity to get a lot of feedback on their responses.

“It also involves using prompting techniques to help children have success and then gradually learn how to do it on their own by removing assistance and prompts over time as skills are acquired,” he adds.

Many treatment approaches incorporate other kinds of strategies as well as behavioral interventions. This includes enrolling children in structured classrooms, providing training and support to parents, and giving children with ASD other ways to communicate. Other strategies for social development include social scripting and video modeling.

“The children learn to read or listen to the scripts and then repeat them in the appropriate context,” says Higbee. “We then implement an approach called fading the script, where we gradually remove the script support. The children continue to use the taught statements appropriately and recombine these statements to produce novel speech.”

Determining Which Behavioral Methods Clinicians Should Use

When clinicians are designing an intervention plan, it is important to be aware of what evidence-based treatments are available and consider the child’s cognitive, language, and behavioral needs as well as a family’s broader treatment goals, according to Amy S. Weitlauf, PhD, of the Department of Pediatrics at Vanderbilt University Medical Center in Nashville, Tennessee.

She also adds that not every treatment works with every child, and it is not fully clear why some children respond differently than others.

Increasing Role of Parents in Treatment

There are many new interventions being explored for ASD, including behaviorally based approaches, pharmacological approaches, and complementary and alternative approaches. But, Bernier says, “there is little empirical support for many of the existing interventions that many families use already.

“What is becoming increasingly of interest is the use of parent-training approaches so that parents, who are the real experts in helping their children succeed, can learn how to apply behavioral analytic principles all the time. [That way] children’s treatment is not limited to only those times with a behavioral therapist.”

Overall Weitlauf says, “behavioral interventions, especially those based on the principles of ABA, have some of the strongest evidence for improving certain skills for children with ASD.”

However, Bernier adds that behavioral approaches can be time intensive, and it can be challenging to find a provider. ABA-based therapies can also be expensive, but more and more insurance companies are reimbursing for them.

Beth Gilbert is a freelance writer based in West Palm Beach, Florida. This article has been medically reviewed by Pat F. Bass III, MD, MS, MPH. 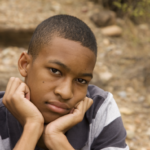