A nationwide retrospective cohort study in Denmark found individuals with autism spectrum disorder (ASD) had a 3 times higher rate of suicide attempt and suicide than individuals without autism. Most (90%) of those with ASD who had attempted or committed suicide had a psychiatric comorbidity. JAMA Network Open published the study findings.

The cohort design included more than 6.5 million people, age 10 and up, living in Demark between 1995 and 2016. The researchers examined death by suicide and suicide attempt. Of the individuals included, 35,020 were diagnosed with ASD.

People with ASD had a 3.75-fold (95% CI, 2.85-4.92) higher rate of suicide compared with those without autism. “Factors that have been identified as protective against suicide attempt in the general population, such as older age and higher educational level, were not found to have this association among individuals with ASD, and some factors, such as being married or cohabiting and [being] employed, were associated with being less protective among those with ASD,” the researchers found.

A limitation of the study is the possible underreporting of ASD. Also, it was reported that Danish hospital registries underreport suicide attempts so estimates from the study may be considered conservative.

“It is essential to expand support and services for adults with ASD, especially those with psychiatric comorbidity, considering the higher risk of suicide attempt throughout the life span,” the researchers concluded. 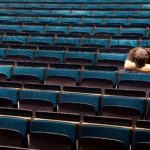 Masking in Autism to Avoid External Stressors and Bullying